In addition to the core leadership team at CMC Pharma, we have assembled a scientific advisory board to provide additional expertise to better support our clients’ needs. The advisory board is intended to help CMC Pharma augment the staff’s background with additional technical, regulatory, business, and academic perspectives. Having a supplemental team of subject matter experts to provide additional insights into our programs provides valuable strategic input to our clients.

Art is an independent consultant who aids companies in developing the next generation of drug delivery products. He previously held leadership roles in three drug delivery start-ups and played a key role in each company’s path: one to a public offering and two sold to public companies. He was the founder and chief executive officer of Brookwood Pharmaceuticals, now part of Evonik, where he was Global Head of Drug Delivery.

After spending the first 16 years of his career in academia as a lipid biochemist and marine biologist focused on vertebrate gastrointestinal digestion and absorption, John left to lead the drug delivery team at Genentech in 1985. After that he acquired extensive experience in Biotech industry drug delivery startups. He co-founded Inhale/Nektar Therapeutics in 1990, founded Dance Biopharm (now Aerami Therapeutics) in 2009, co-founded InCarda in 2009, and iPharma Limited in 2016, all specializing in inhalation of biologics and small molecules. In addition, John was the founding investor of Halozyme in 1999 and is presently CEO of Tesio Pharmaceuticals, two drug delivery companies specializing in injectable systems. Inhale’s, lead product, Exubera won the Wall Street Journal’s technical innovation of the year award in 2006. John is a Fellow of the Controlled Release Society (CRS) and received the CRS’s Nagai Innovation Award in 2007.

Mark is Regents’ Professor and J. Erskine Love, Jr. Chair of Chemical and Biomolecular Engineering at the Georgia Institute of Technology. He earned a BS degree from Stanford University and Ph.D. degree from MIT, both in chemical engineering. Dr. Prausnitz and colleagues carry out research on biophysical methods of drug delivery using micro-needles, lasers, ionic liquids, and other micro-devices for transdermal, ocular, and intracellular delivery of drugs and vaccines. Dr. Prausnitz teaches an introductory course on engineering calculations, as well as two advanced courses on pharmaceuticals. He has published more than 300 journal articles and has co-founded seven start-up companies including Micron Biomedical and Clearside Biomedical.

W. Mark Saltzman is an engineer and educator. His research has impacted the fields of drug delivery, biomaterials, nanobiotechnology, and tissue engineering. This work is described in more than 300 research papers and patents. He is also the sole author of three textbooks: Biomedical Engineering, Tissue Engineering, and Drug Delivery. Saltzman earned his B.S. in chemical engineering from Iowa State University and his Ph.D. from MIT. He has served as a faculty member at Johns Hopkins University, Cornell University, and Yale University. Saltzman was appointed the Goizueta Foundation Professor of Chemical and Biomedical Engineering at Yale in 2002. He was the founding chair of Yale’s Department of Biomedical Engineering and served in that role for 12 years. Since 2016, he has been the Head of Jonathan Edwards College, one of Yale’s fourteen residential colleges.

Larry received a B.A. in Biophysics and his doctorate in Reproductive Biology from The Johns Hopkins University. After serving as a Research Scientist at ReProtect, LLC (Baltimore, MD), and a Senior Scientist at Epicyte Pharmaceutical (San Diego, CA), together with Dr. Kevin Whaley, he co-founded Mapp Biopharmaceutical and ZabBio, Inc. (San Diego, CA) and serves as President for both companies. He has been an adjunct faculty member of the Biodesign Institute at Arizona State University since 2004. Larry’s career focus has been on the development of monoclonal antibody-based products to address unmet public health needs in infectious disease.

As CMC’s outside legal counsel, Mike is an ex-officio member of our Advisory Board.  Mike is a partner in the Cleveland, Ohio office of Vorys, Sater, Seymour and Pease LLP and a member of  Vorys’ litigation and intellectual property groups. His practice focuses on intellectual property litigation, particularly patent litigation, including the prosecution and defense of patent infringement cases in the computer, telecommunications, medical device, electrical and mechanical fields,  and the prosecution and defense of copyright, trademark, trade secret and non-competition actions.

Get in touch with us today to find out how the experts at CMC Pharma can help advance your drug product development program. 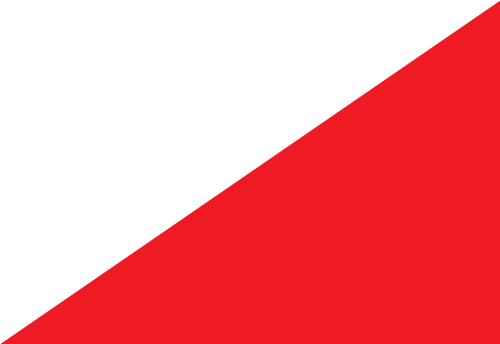